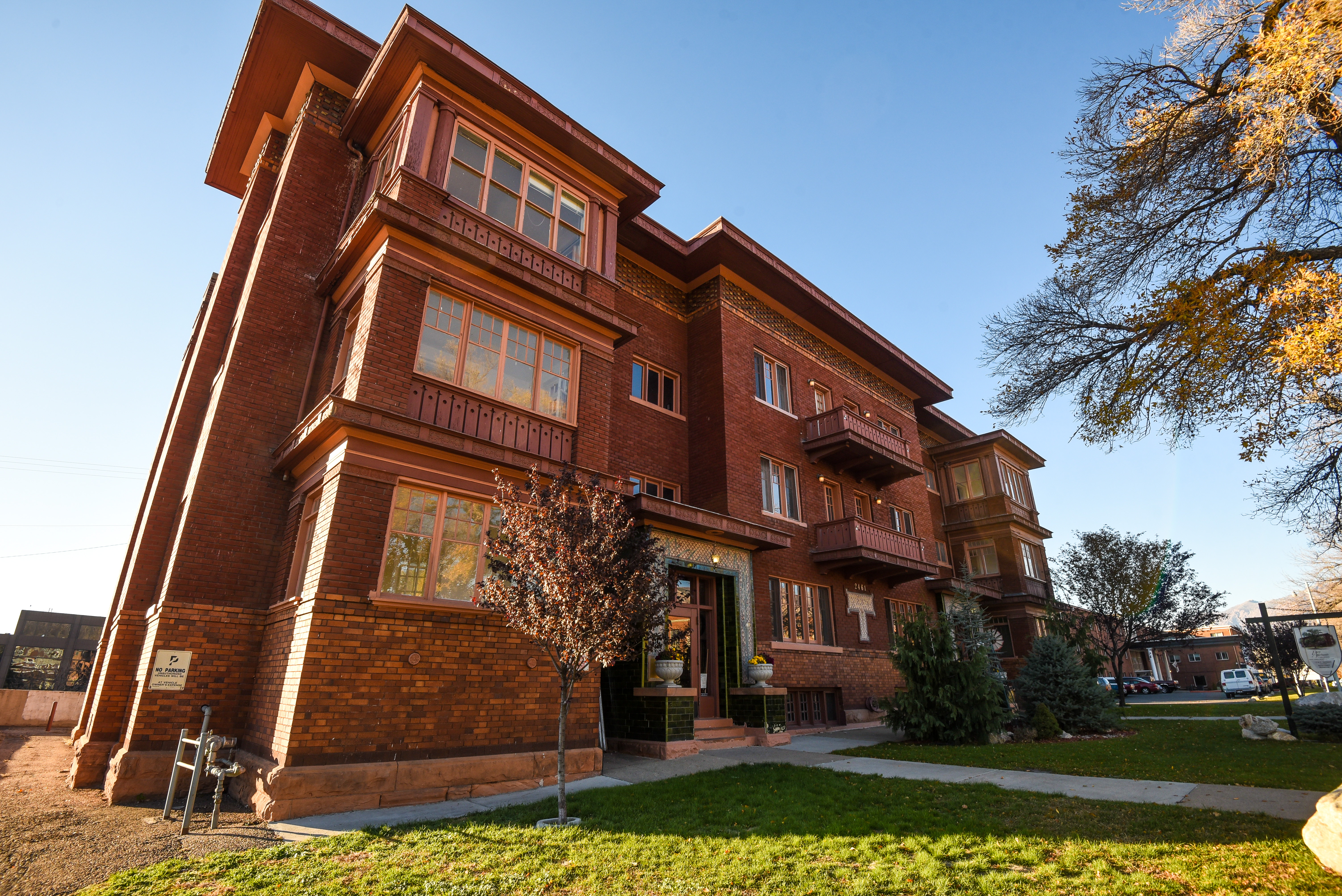 The current renovation project at the Historic Peery Apartments, 2461 Adams Avenue, is another undertaking for local developer Thaine Fischer of Fischer-Regan Enterprises with the help of Carbon Architects and Carbon Development. This June, the residential building will re-open as “Peery Lofts,” offering twelve one and two bedroom apartments in the heart of Ogden’s new Nine Rails Creative District.

Fischer purchased the building in 2015, which was in a state of disrepair after losing its HUD contract with Ogden City due to deferred maintenance. After the purchase, extensive clean up ensued (including relocating a large honey bee hive found in a top floor sunroom), and in 2016, redevelopment plans started coming into place.

However in November of 2017, a fire broke out due to old wiring and delayed the renovation process. Much to Fischer’s dismay, the fire department had to break windows upon arriving at the scene to clear each room of smoke and search for life. “This was a devastating blow,” Fischer said of the destroyed windows. “But we had lots of pictures and evidence to recreate them back to historical standards. This renovation has been one of our most difficult and time consuming.

Regardless, Peery Lofts is set to be completely restored and available for leasing by June 2019. This downtown Ogden landmark will blend classic architecture with contemporary style as each living space is renovated in respect to Peery’s historic period, while designed to support today’s lifestyles. Original finishes have been restored or replicated as unique accents to each apartment’s contemporary design, which features updated amenities, open layouts and bright natural light. Other amenities include personal storage space, stylish sunrooms, decorative fireplaces, balconies, new appliances, secure parking and more.

The Peery apartment building was built circa 1910 and designed by architect Leslie S. Hodgson, who is responsible for multiple landmark buildings in Ogden. His other projects include The Monarch building, the Eccles Building (now the Hampton Inn), Peery’s Egyptian Theater, the Bigelow Hotel and Ogden High School. He is best known for his Art Deco and Prairie School architectural styles; the latter identifies Peery Lofts.

What is Prairie School style? Prairie School (late 19th, early 20th cent.) has roots in Chicago but was most prevalent in the Midwest, where the native landscape inspired the horizontal lines that characterize its construction. The style was developed alongside the Arts and Crafts Movement and similarly embraced handcrafting in opposition to the assembly line.

The formerly known Peery Apartments were built as an investment property for prominent Ogden businessman D.H. Peery and his wife Elizabeth. The couple lived in an adjacent 20,000 square foot gothic revival mansion named “The Virginia” until D.H. Peery’s death, when Elizabeth moved into Unit #1 of Peery Apartments.

The building has been used for residential purposes ever since, but was not well taken care of. Carbon Architects is renovating the building in respect to the architectural period in which it was built from the lighting to the landscaping, while making necessary updates for efficient and convenient living.

Peery’s original brick façade remains intact while its trim work will be re-painted in lively colors in tune with its location in the Nine Rails Creative District. Carbon Architects is molding and casting replicas of the building’s intricate frieze detail in order to match the original architecture of the building. “Our designs are accurate to the Peery itself, but respect how people live today,” says lead architect Dan Schmeling. 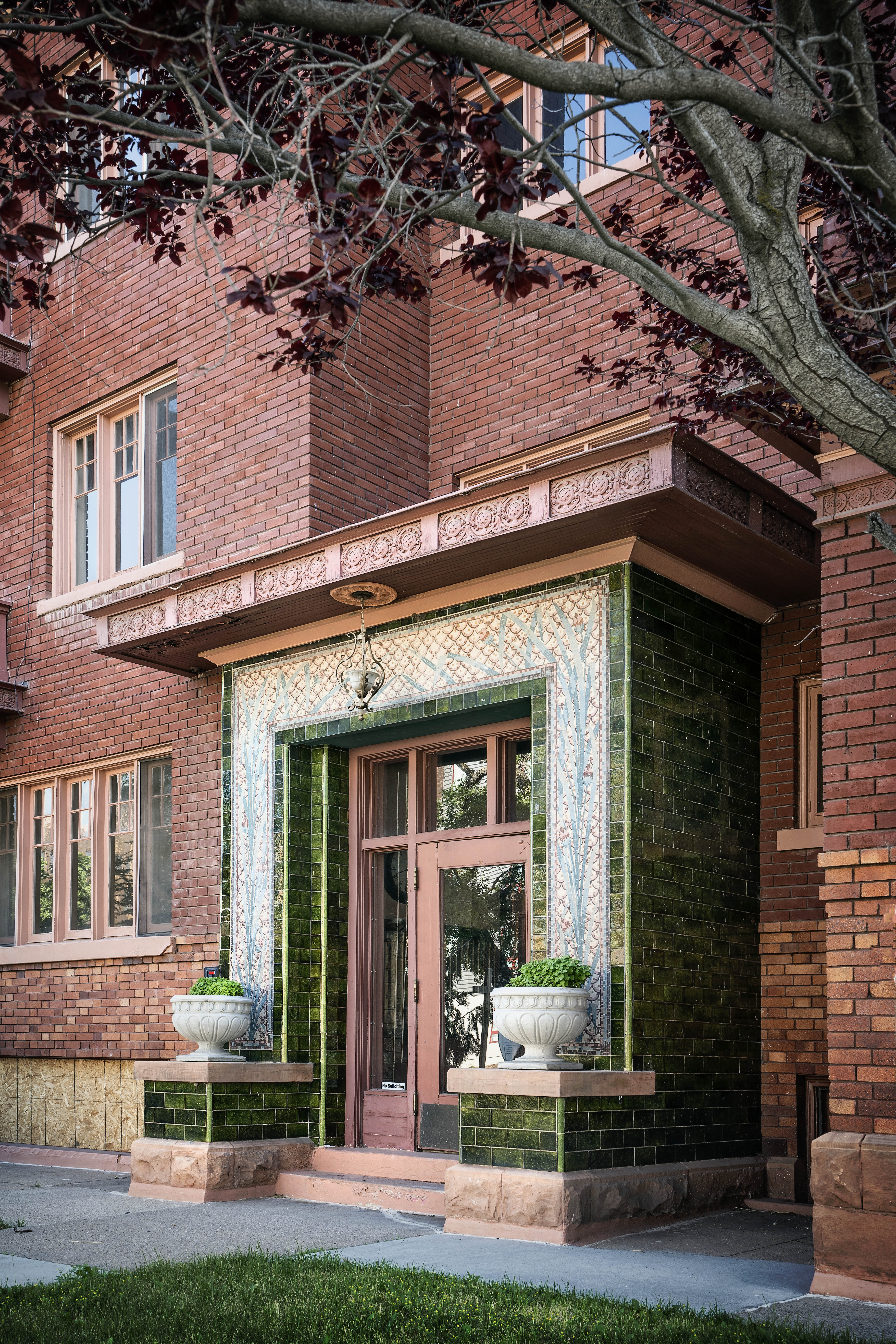