Typically pet owners have to visit different clinics for large and small animals. Thanks to Borrett Animal Hospital’s new building, however, a client can come in riding a horse while petting a cat and have them both checked out by experts.

“It’s the dream clinic,” laughed Dr. Katherine Borrett, owner of Borrett Animal Hospital. Her office is filled with the usual books and manuals. Two cats and a spaniel with enormous doe eyes rest contentedly on a mat next to her desk. “We can put small and large animals together.”

The dream clinic, located on 12th Street across from the Ogden Nature Center and next to the IFA, opened earlier this year. It’s fitting for the type of work that goes on within. Pictures and paintings of horses adorn the walls. The barn motif includes red and white checkered window dressings and a wooden plaque detailing the Texas Code of The West. The front lobby opens up to a reception desk, which has a glass jar of treats for customers. Instead of lollipops or Jolly Ranchers, however, it holds Milk-bones.

The building is an engaging blend of modern technology and pastoral coziness.

It’s been a long road, however. Over the past four decades, Borrett has done business in a number of locations: Riverdale, Midland Drive, Millcreek, and, most recently, adjoining High-Tech Self Storage less than a mile away from the current location.

During this time, she continually took mental notes on how to create a more streamlined clinic. The new clinic is her brain child.

In addition to combining the small and large animal facilities, Borrett saw the need for other features. The new clinic has the usual front entrance for smaller animals, mainly consisting of dogs and cats. The back entrance is a larger garage door that facilitates larger animals like horses and cattle. Additionally, Borrett has installed a second larger entrance on the western side to accommodate larger animals that are difficult to control.

The attention to detail extends all the way to clerical counters inside the small animal section, which have concave inserts to allow traffic to flow while employees are filling out paperwork.

Everything has been done to best serve a community that consists of both rural and urban populations. According to Borrett, about a third of her business is in large animals.

While playing together in a river in New Mexico when she was 9, Borrett’s beloved dog (a spaniel) severed an artery in its paw. Living in a race track town, the local vet was unable to help for some time as he was required to be present at the track. A distraught Borrett did her best to stop the bleeding with a tourniquet until the vet was finally free.

Her spaniel had become so irritable by that time that it bit him, opening a wound.

In order to pay for his medical bill, Borrett agreed to help around the clinic. What began as a job cleaning instruments eventually blossomed into a conviction that working with animals was what she wanted to do with her life.

After nearly 40 years in the business, Borrett’s love for animals doesn’t appear to have faded. “I like seeing people learn to take care of their animals better,” she said. One of the cats, a large orange one, has jumped into her lap. It purrs as she strokes it affectionately. “You can tell when an animal feels better.”

And thanks to Borrett’s new dream clinic, a lot more animals are about to. 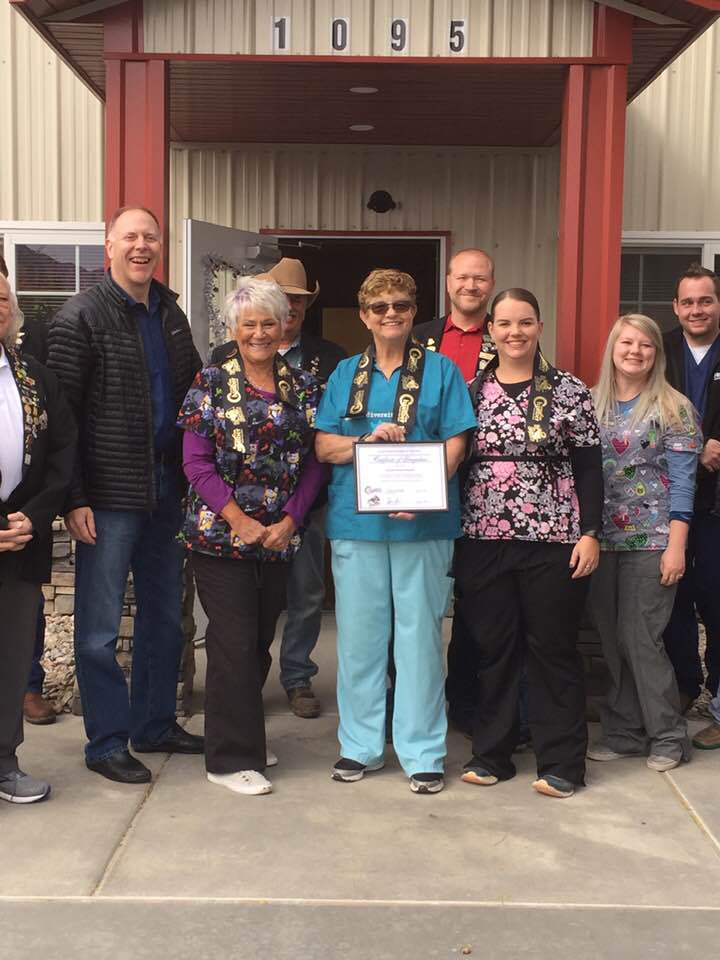