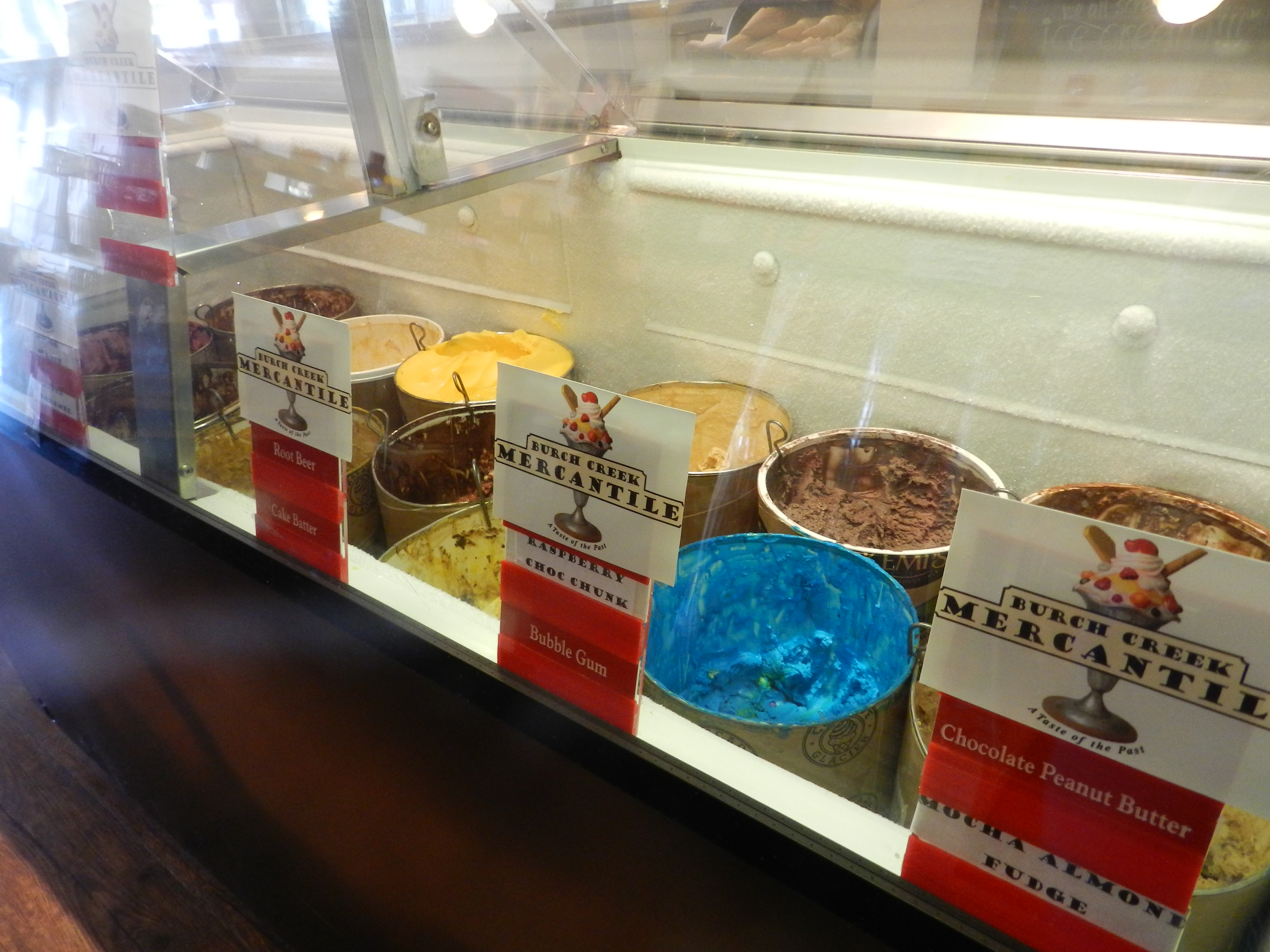 Robert Higgs is a South Ogden native who always wanted support his community. “I grew up here, and that’s why I wanted to open a business here. I wanted to kind of revive this part of town,” Higgs said. But deciding what kind of store to open took some time. “My friend and I were talking, and he wanted to open a cell phone store,” he remembered. But Higgs didn’t want another run of the mill retail shop. “I like history and old stuff, so I thought a soda shop. No one’s really done anything like that around here.” And so, Burch Creek Mercantile was born. 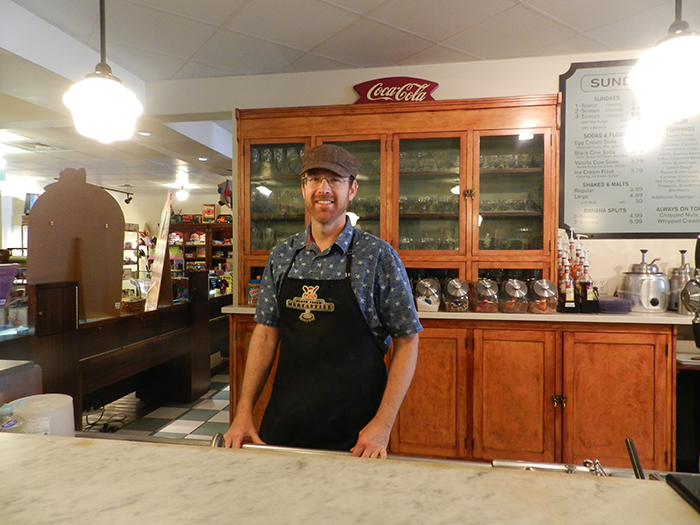 Named after South Ogden City’s original moniker, Higgs knew that all he needed to see this through was a stellar location. “I looked at, seriously, 42 other available properties and this was by far the best fit for us. I didn’t want a strip mall set up; I wanted something I could make my own,” he said.

Burch Creek Mercantile is certainly a shop unto itself. Part ice cream shop, part soda shop, part cafe, part candy store and part gift shop, it seems there’s nothing that Higgs doesn’t try to incorporate under his roof. “The gift shop was part of the original set up, but it wasn’t really a focal point when I opened,” he said. “Then I started to realize it was a missed opportunity.” While the gift shop originally ran on consignment, all the items available now are curated by Higgs and his sales representative.

Though the gift shop with its selection of quippy novelty items and retro toys and candy remains a staple of his business, Higgs knows that the ice cream and soda shop are really what most people come in for. “It’s a challenge sometimes because ice cream is a really seasonal business, but we’re lucky that we’re by a college so we get clientele year round,” Higgs said. Though originally he stocked Farr’s ice cream, he wanted to take a different route. “It’s so saturated here that we wanted to try something different, so we switched and now carry both Oregon Ice Cream and Kemp brands—Kemp supports the Dairy Farmers of America.” Higgs said they’re both great companies and have been a pleasure to work with, especially because they stock new flavors all the time.

That continual product development suits Higgs just fine as Burch Creek features a new flavor every month. For July, it’s Cookie Extravaganza, a sugary delight that has three types of cookie dough, brownies and fudge. “You have clientele who want the same thing every time, but then you have the people who come in to see what new products you have and what the newest flavor is,” Higgs explained. His most popular flavors? Those would be Bubblegum, Cotton Candy, Sea Salt Malt Cookie Crunch and Bourbon Butter Pecan. 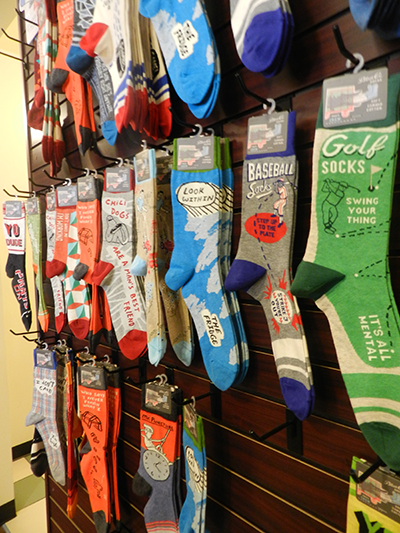 But, ultimately, Higgs knows that every business relies on building its own culture, and Burch Creek Mercantile is no different. “We’re very fun loving here, very jokey, not very serious. I think it’s turned into a fun vibe here. Before it was more goodie-goodie, but that’s just not me. We’re smart aleck people and our board says, ‘Sarcasm Served Daily’ for a reason.”

As for popular gift items, Higgs didn’t even pause before saying, “Socks.” And they’ve got a lot of them. They also have quippy t-shirts designed and made in-house by Dennis, an employee. For those who may not be familiar with the shop, Higgs wants you to come down and check it out. “It’s unique, and there’s no other store like it. It’s very unexpected and, when you walk in here, there’s something for everybody.”