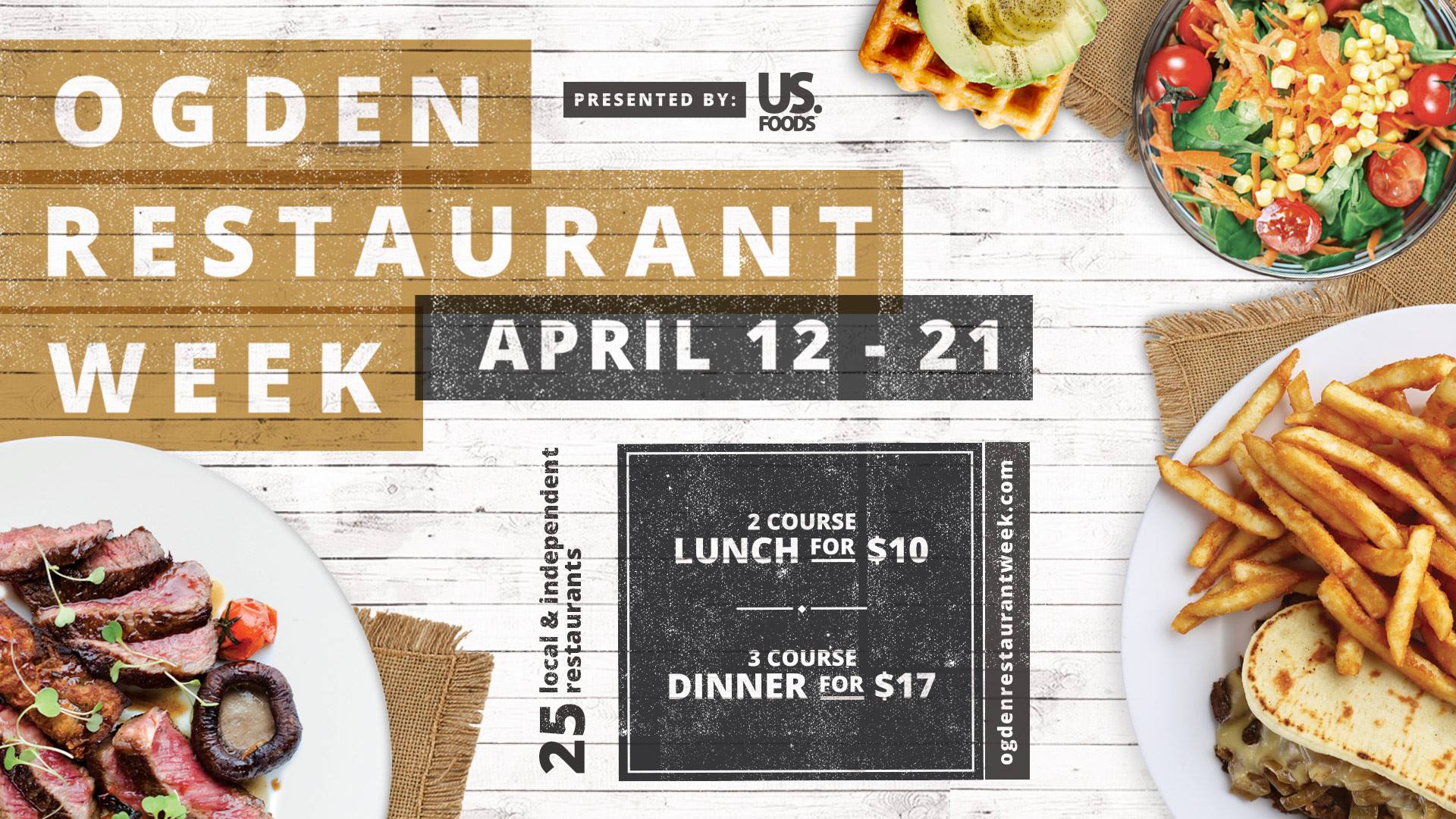 Ogden’s Restaurant week is right around the corner and people won't want to miss the tasty offerings at 25 restaurants in 10 days starting April 12. This is the sixth year for the annual event and local downtown restaurants have been preparing their menus for quite some time to wow everyone who walks through their doors.

Visit Ogden partners with the local restaurants to help get the word out about the event, but Steve Ballard, owner of Sonora Grill and Thai Curry Kitchen, Kym Buttschardt co-owner of Union Grill and Roosters and Tina Chen of Tona spearheaded the event when the Ogden restaurant scene was starting to really pick up steam in 2013. “When they started it, it was to introduce people to all the new restaurants downtown. At the time people may not have been as open to local restaurants,” said Sydnie Furton, Marketing and Public Relations Director for Visit Ogden. People were more hooked on chain restaurants so the idea was to charge a comparable price to the chains to show off the local food in Ogden. Now people love the local restaurants and the idea is to encourage people to try something new downtown.

“Plus, I may not always get an appetizer or dessert and these chefs are cooking up amazing things. This gives people a chance to try to some of those other menu items,” Furton said.

At all participating restaurants, for a $10 lunch, people get to choose two courses. For dinner it costs $17 for three courses. Each restaurant has a specific “Restaurant Week” menu with a variety of offerings. The menus for all the restaurants are posted at visitogden.com.

Organizers have capped the restaurant total at 25. This year, two restaurants dropped off the list and two new ones were added – Ramen Haus and Angry Goat Pub and Kitchen. The owners of the Angry Goat Pub and Kitchen formerly owned MacCools which used to be in the old Ben Lomond Hotel. Furton said MacCools participated in Ogden Restaurant Week before so they are delighted to have Angry Goat in the lineup. Another bonus to the week is that three pubs/bars are among the restaurants. “People will often go there for the bar and club ambiance and not realize they have amazing food choices. This gives people a chance to see they have excellent food there too,” Furton said.

Jamie Lythgoe owns Harley and Bucks with her husband, Doug. They love Ogden Restaurant Week because it gives them a chance to introduce their facility and great food to more people. “Our food suppliers work hard to create a buzz and a feeling of excitement in all the different cooperating restaurants to drive business to Ogden and get people out for the night,” Lythgoe said. She also likes how it gives each restaurant to show off its uniqueness. Furton has noticed that too. “If one restaurant is super crowded they recommend another one on the list. They work together to help each other out,” Furton said.

The radius of restaurants covers between 30th Street to the river between Wall and Jefferson. Furton noted that there is something for everyone. “If you’re looking for a quick serve lunch we have you covered with Thai Curry Kitchen or Lucky Slice. If it’s more family-style we have Slackwater or Roosters and if you’re looking for more fine dining we have Hearth on 25th or Restaurant 1107,” she said, rattling off a few choices. Restaurant 1107 and Tokyo Station are only open for dinner, but Furton promises their choices are amazing for dinner. Pig and a Jelly Jar isn’t open for dinner every night, so has opted to offer a breakfast menu as part of the week. Some restaurants will also offer an expanded six-course menu upon request. The website has all the extra information and directs people to the restaurant’s own sites as well. Watch Ogden Restaurant Week’s Facebook page for updates as the week approaches and all through the 10 days.