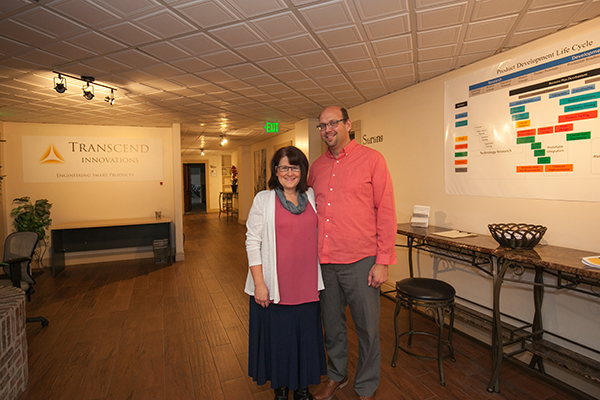 When Orlin Wetzker received his mechanical engineering degree, he had many lofty ideas and hopes for where his career would take him. His first job was with Boeing, where he worked as a chief project engineer. Several years later, he left Boeing and began a job where he helped teach people in large corporations about project management. He eventually left that company and worked with a start-up developing solar technology.

Over the years and through his job experience, Wetzker began to realize what it is that he really enjoys. First of all, he likes to help people learn how to solve problems. In addition, he enjoys exercising his creativity and trying new things.

Simply put — innovation is what drives him, Wetzker said, and that is the driving force and the name of his recently-founded company, Transcend Innovations.

Located at 2351 Grant Avenue in Ogden, Transcend Innovations is in the business of helping customers bring their ideas to life.

“We help others who have concepts,” Wetzker said. We help design these concepts and bring them to market. And because we’re constantly working with a variety of customers, we get a variety of products that we work on, so it’s always fresh.”

Often, someone might have an idea, but might not have the ability to bring it to fruition. That’s where Transcend Innovation comes in. “There’s a benefit to our customers in that they get a team which is used to working together and already has all the tools and the processes in place to launch and design their product.”

Wetzker added, “We have a lot more stability in getting things up and running to a customer and allowing them to move on. The whole idea is that we can give a better value proposition to especially new entrepreneurs and companies that just aren’t interested in having a full-time technical staff for an occasional need.”

As the company’s website explains: “The world offirmware is rarely seen by users, but it is what makes our experience with computers happen, and it is needed by almost every product that has a circuit board.” 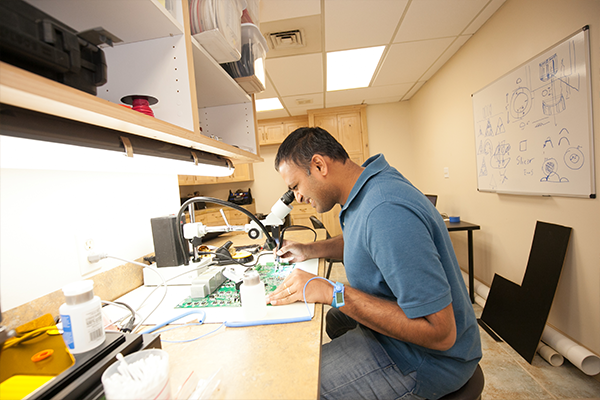 Changes in recent years in the way businesses operate are one reason Transcend Innovations came into being. Wetzker explained that 50 or 60 years ago, if a company wanted to make a product, it had to have only its manufacturing capabilities. Now so many things are outsourced, including manufacturing, marketing and development.

“There are some huge advantages we’re going to have as we move forward because of the fact that we can have a more stable team that enjoys what they do and loves the challenges of new technology that they get to develop.”

Making the commitment to open their business in Ogden was a big decision, the Wetzkers said. Much of the high-tech scene in Utah is based in Utah County. Not as many of those kinds of companies are currently based in Ogden. At the same time, Wetzker recognized that Ogden is working to improve its tech presence. He decided to give it a try and become part of what Ogden is trying to do in terms of technology.

“We ended up in downtown Ogden, and we started reaching out to the City of Ogden and to Weber State, and we’ve looked for support from this area and local businesses. So far we’ve had a really good reception.”

The Wetzkers are working hard to make their presence known in the area. They have a large auditorium in their office suite, which makes it possible for them to hold meetings, classes and other events. They recently hosted the Disruptive Technology Conference there.

“We have a vision to make this a community space,” Wetzker noted. “We’re just getting through our freshman year. I know there’s a big demand for (what we do). We are just simply dealing with obscurity right now and letting people know who we are.”